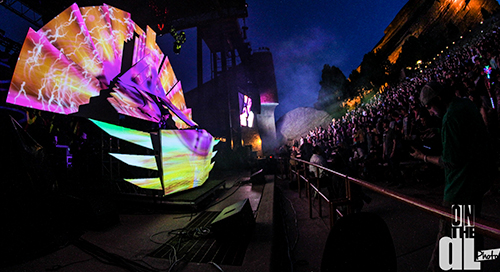 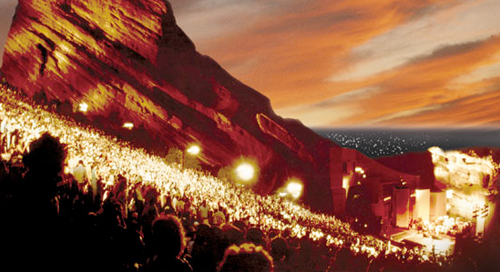 "Selling tickets wasn't our (The Who's) job. In Denver that was Barry's job and what a job he did. We have been able to build an entire West Coast leg of almost every tour we've ever done around a single Denver show…We relied on Barry and Denver, and they never let us down
-Pete Townshend

Feyline events have a reputation of success. This reputation is built on consistently hosting high a number of quality events featuring both up and coming, as well as well established acts. Within 1969, Feyline hosted the states first "Love In" which saw 30,000 people descend on Denver's City Park. For a week, the 'Family Dog' featured acts such as Janis Joplin, the Holding Company, Quicksilver and the Grateful Dead. After the Denver "Love In," many prominent members of the counterculture saw Denver and the surrounding area as a second home. Feyline has hosted a countless number of Grateful Dead shows and other similar events that consistantly bring fans from across the country. Because of Feyline's dedication to the psychedelic era, venues such as Red Rocks Amphitheater have become music meccas for fans of all genres. His first large event after the "Love In" was the 'Denver Pop Festival.' Perhaps one of the most polarizing events in the city's history, the 'Denver Pop Festival' hosted 62,000 eager music fans as well as an ill-equipped police force meant to provide essential security. The event was going smoothly until a group of fans began to crash the gates and rioting commenced. For those in charge, enough was enough and the city of Denver banned all rock shows everywhere except the Coliseum. Feyline stayed relevant by hosting "softer" acts like the Supremes, the Carpenters and John Denver. It would be seven years until the ban was lifted and Feyline could return to throwing regular shows.

The following summer, Feyline quickly began booking acts. Focusing on the iconic Red Rocks Amphitheater, Feyline introduced the inaugural 'Summer of Stars' concert series that would continue every summer until Barry Fey's retirement in 1997. The summer-long concert series was an instant success and became a local cultural phenomenon; people would wait in line for hours just to get a copy of the schedule announcement in the local paper. The series featured almost every major rock and pop act of the decade. At the series peak of popularity in 1985, Feyline did 55 shows averaging 92% capacity and ended the season with back-to-back sold out Bruce Springsteen shows at Mile High Stadium. That summer alone, Feyline sold around 600,000 tickets.

For over four decades, Feyline has been promoting the largest, and most culturally immersive events in the history of live music. The new directive for the Feyline brand is to no longer just put on major concerts, but make each individual show an event or an activation for a cause, theme, holiday, or brand. With events such as the 'Feed The Rocks' Earth Day celebration and April 20th, the newest iteration of the Feyline brand is well on it's way to making that goal, and directive, a reality.